Willard McKiver was, as he put it “initiated into the music world,” by his grandmother, Willie Marie McKiver, an organist at Peace Missionary Baptist Church in Durham, NC. Willie Marie ensured that all her children and grandchildren were immersed in the music arts. he grew up surrounded by musicians: aunts, uncles and cousins, who played an array of instruments. Given his first Jazz album, Oscar Brown, Jr.’s Sin and Soul, by his father, and loving the music, he sought more of it. I could hear the connective stream flowing in the music from New Orleans Jazz through to Chicago/St. Louis Blues; on into Rhythm and Blues even into the current music era.”

Professionally, Willard seems to have emerged, fully formed, as if from out of nowhere. Like so many, he began singing in church, but never gave serious thought to making this a focus of his life until much later. Beginning with jam sessions in Durham and then gigging in the area, he was warmly embraced both by the community of musicians and wildly responsive audiences. Although technically a baritone, his range is so wide that it reaches down into the bass region and up into the realm of the tenor, all with undiminished power and expressiveness. His instinctive grasp of style lets him transition effortlessly between gospel, blues, jazz and to treat them each with respect, while making them uniquely his own. He is, in a word, a phenomenon. 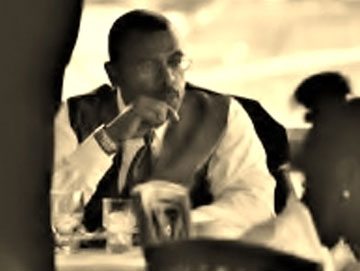